The Alberta Stroke program Early (non contrast) CT score (ASPECT) is a scoring system used to assess the extent of early ischaemic changes in the middle cerebral artery territory on non-contrast computed tomography. The clinician/radiologist studies the appearance at two different axial slices corresponding with two different anatomical levels and subtracts 1 from total maximum of 10 for each area affected. A score of 0 suggests extensive MCA infarction and correlates inversely with NIHSS. A score of 10 is normal. An ASPECTS score less than or equal to 7 predicts a worse functional outcome at 3 months as well as symptomatic haemorrhage. Online training and more information is available from link 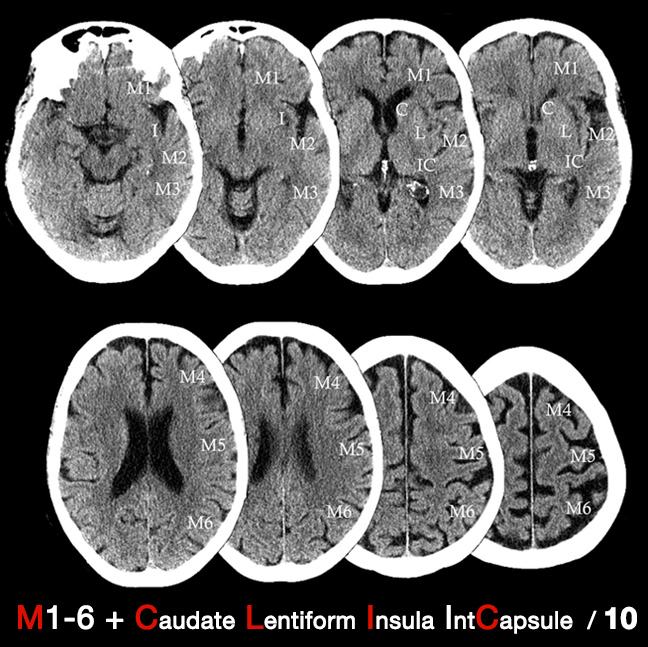 The ASPECTS score has some clinical correlation. A normal brain has a score of 10 and as more areas are affected the score falls. A full MCA territory infarct with CT changes would have a score of 0. A sharp increase in dependence and death occurs with an ASPECTS of 7 or less. A common misunderstanding of ASPECTS scoring is to assess only two standardised cuts, i.e. one ganglionic cut through the thalamus and one supraganglionic cut above this. Be sure to include the assessment of all axial cuts of the brain NCCT scan. The ASPECT score is not needed prior to thrombolysis but it does give an element of quantitative rigor to assessing the CT analysis and may be mentioned in any discussion with a stroke physician so useful to have heard of it. The aspects does not incorporate ACA and PCA territories but adjacent infarcts may well have clinical implications.

The ASPECTs scoring system has been utilised in many ways. It has been used to prognosticate for example the score is a strong predictor of functional outcome. It has also been used to direct therapies. The effectiveness of intra-arterial thrombolysis in patients with middle cerebral artery occlusion shows effect modification by the Alberta Stroke Program Early CT Score. Those with a low ASPECTS score suggesting large MCA infarction can be excluded from futile intra-arterial treatments which are unlikely to result in patient functional independence and increases the risk of haemorrhage. 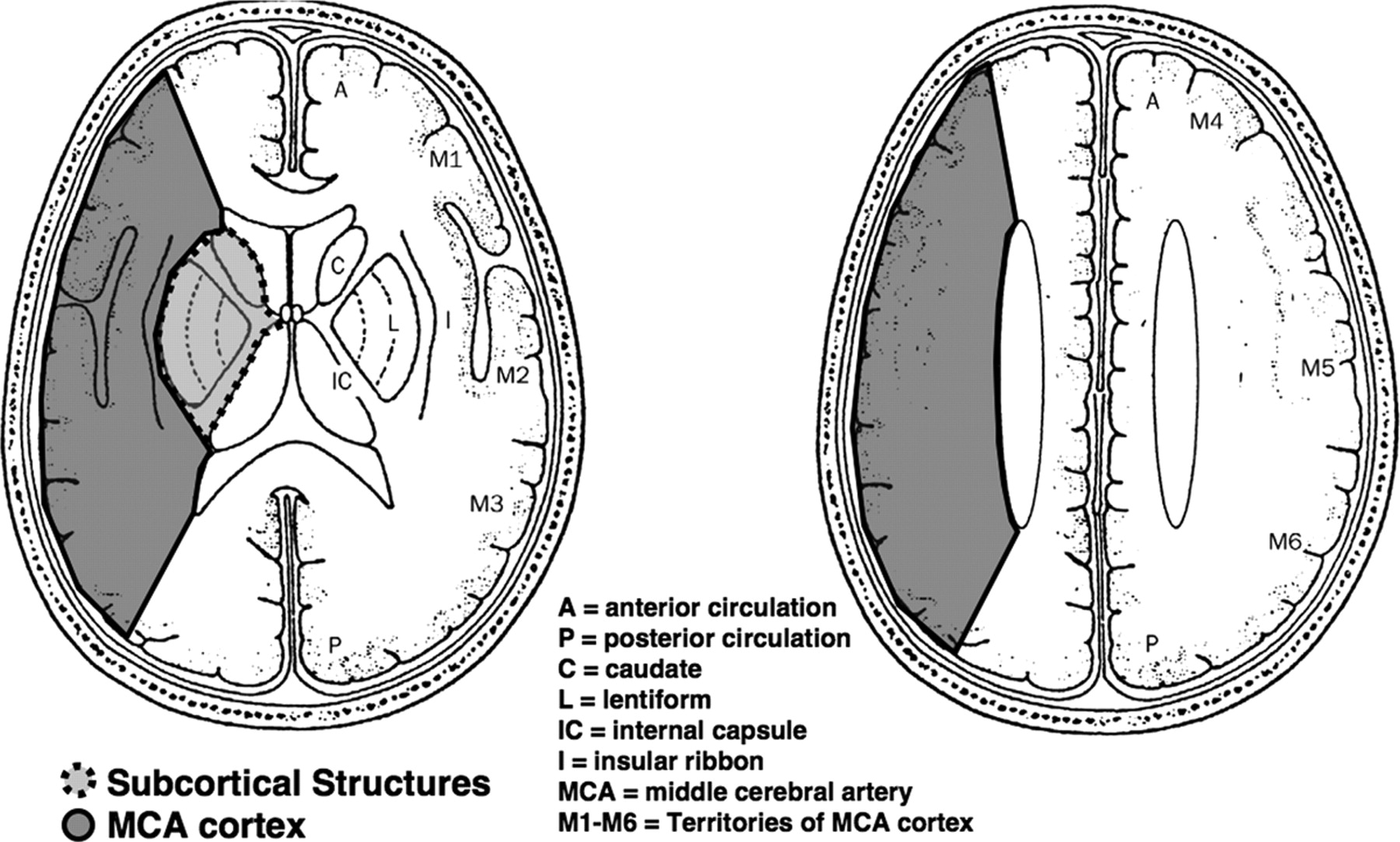