Thrombophilia is the 'love of thrombosis' and infers a clinical state in which there is a predisposition to thrombus formation almost always a venous thrombosis. Thrombophilia may be inherited or acquired. Acquired causes include illnesses such as SLE, Antiphospholipid syndrome and thrombocythaemia, polycythmaemia, macroglobulinaemia, nephrotic syndrome as well as malignancies and sickle cell disease. There really is a lack of good evidence to demonstrate a true association of ischaemic stroke and the inherited thrombophilias despite the common practice for these test to be requested in stroke work up in younger patients. This includes those with PFOs. The association between inherited thrombophilias and arterial stroke if there is one is weak and often affected by other prothrombotic risk factors. Ordering tests with little thought can lead to poor management and even inappropriate anticoagulant usage in these patients [Morris et al. 2010]. One in 7 patients with first-ever acute ischaemic stroke will test positive for one of the inherited thrombophilias, but the relation is likely to be coincidental rather than causal in almost all cases [Hankey GJ 2001]

Inherited thrombophilias are due to gene mutations affecting the procoagulants or anticoagulants which balance intrinsic haemostatic and fibrinolytic mechanisms. A genetic "loss of function" defect in an intrinsic anticoagulant or increased function in a procoagulant can upset the normal balance towards thrombosis. Procoagulant Clotting factors II,V, VIII and IX and XI. Anticoagulant factor antithrombin, Protein C, S and Z. Defect may lead to both venous or arterial thrombus formation [Green D 2003]. Gain of function mutations include the factor V Leiden (FVL) and the prothrombin gene 20210 A/G (PGM) mutations. 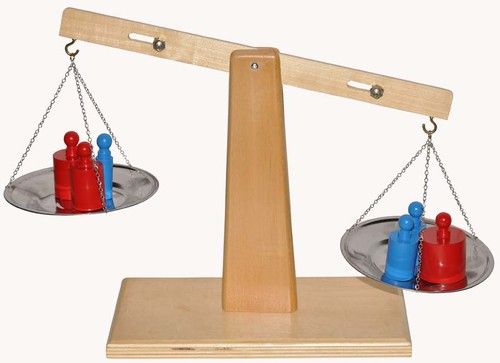 Thrombosis and Thrombolysis is a balance

If one were to try and evaluate prothrombotic risk estimation then it would be have to be balanced as below. It is important to note that a genetic predisposition may be additive to other temporary or permanant risks. A clinical picture needs to assess all the risks together. It may be that once a transient risk falls e.g. such as at the end of the post partum period that thrombotic risk returns to a low risk and lifelong anticoagulation may then not be needed and may indeed be more dangerous than the thrombophilia itself. Risks need to be reviewed when situations change.

Heritable thrombophilias increase the risk of venous (but not arterial) thrombosis. They are present in about 5% of the population, but most carriers never experience a deep vein thrombosis or pulmonary embolism. The antiphospholipid syndrome is also not included, because it is an acquired rather than a heritable thrombophilic disorder.

Found in 5% of Caucasians. The mutation in the Factor V gene means Factor V Leiden as it is called is now more difficult to break down. There is increased thrombin generation and prothrombosis. The absolute risk, however, is low, with only 5% of such people developing an episode of VTE by age 65 years. No real association demonstrated with arterial disease but 3-5 fold increase in VTE for heterozygoes but 10 fold for homozygotes but these are rare. There may be a multiplicative effect with other risks such as use of the OCP but the absolute risk is still low. It is a weak risk factor for stroke. Stronger association in children with ischaemic stroke. Testing for FVL should be only in those under 40 as it becomes less relevant with age

These factors are anti-thrombotic and are Vitamin K dependent glycoproteins synthesised in the liver. They inhibit thrombosis and so any deficiency becomes theoretically prothrombotic.

This is a prothrombotic disorder associated with heparin exposure that can lead to venous or arterial thrombosis. The blood tests show a falling platelet count and management is to immediately stop all heparin and switch to alternatives